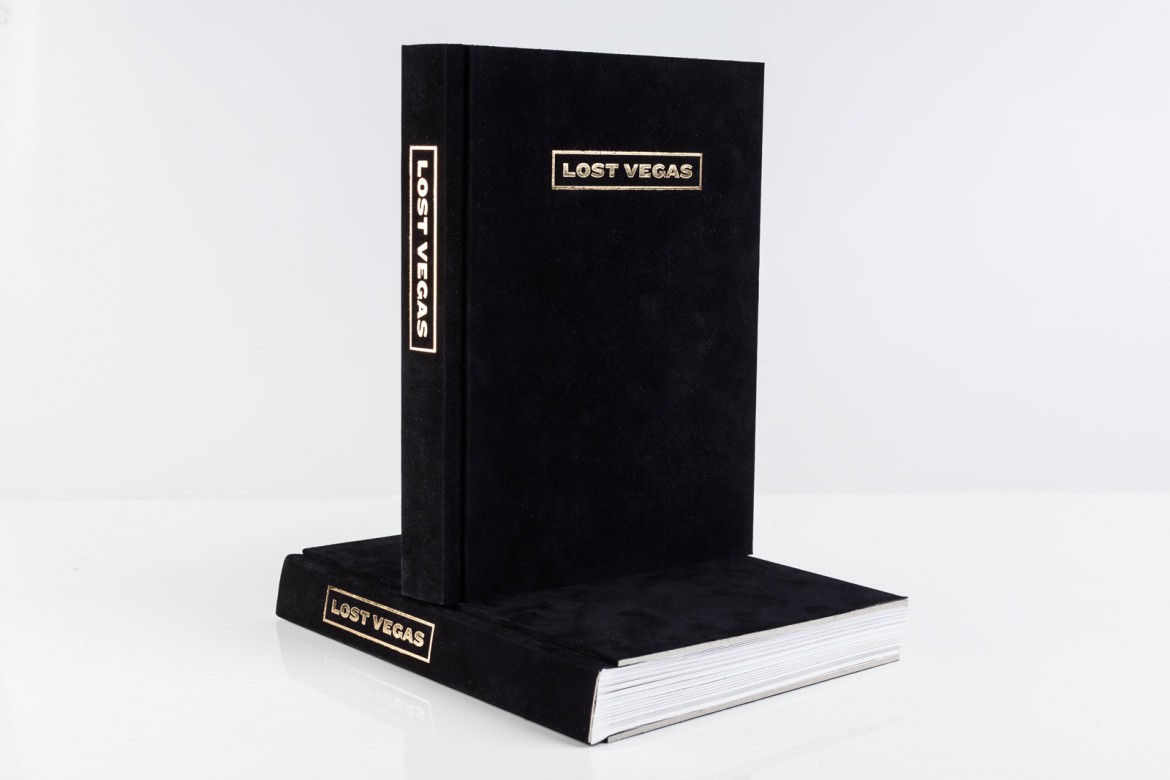 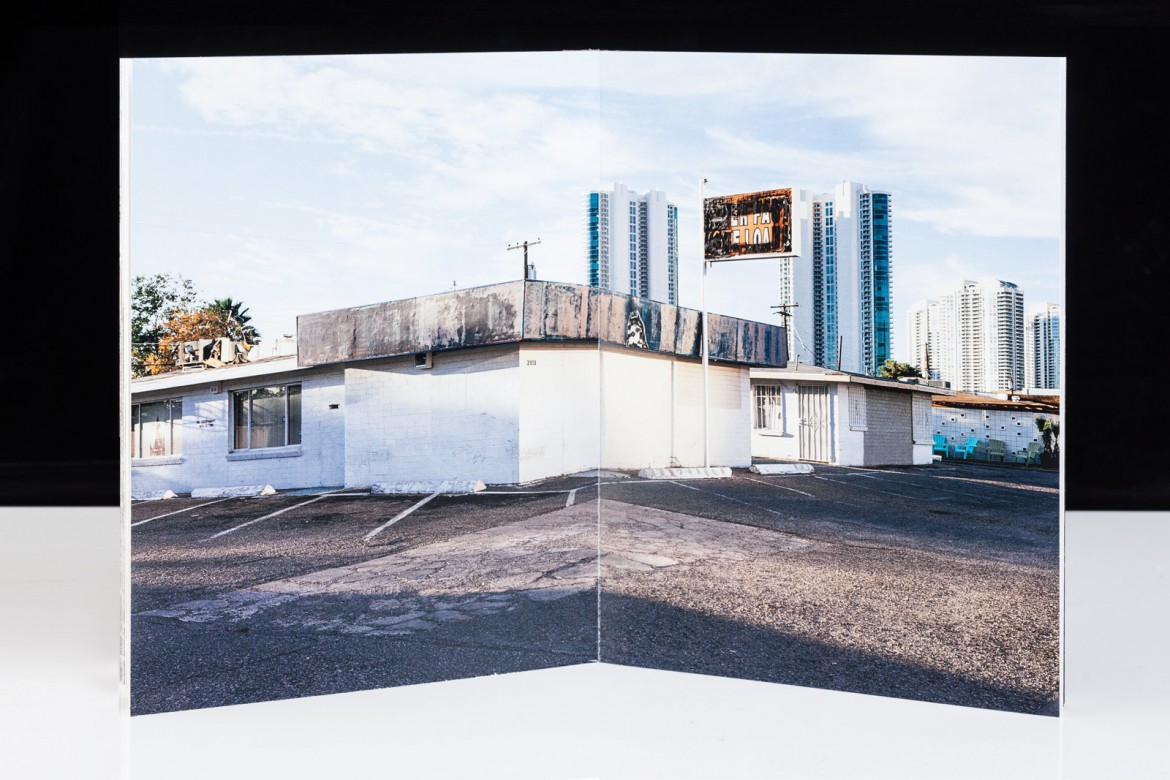 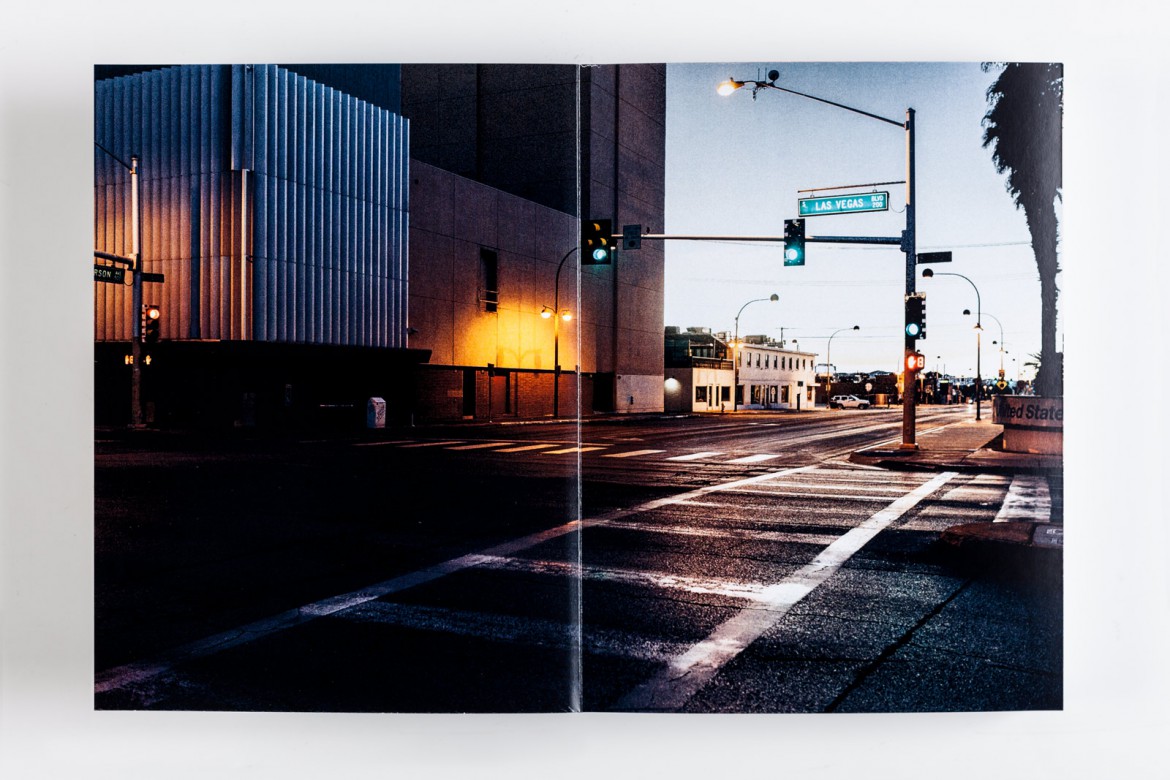 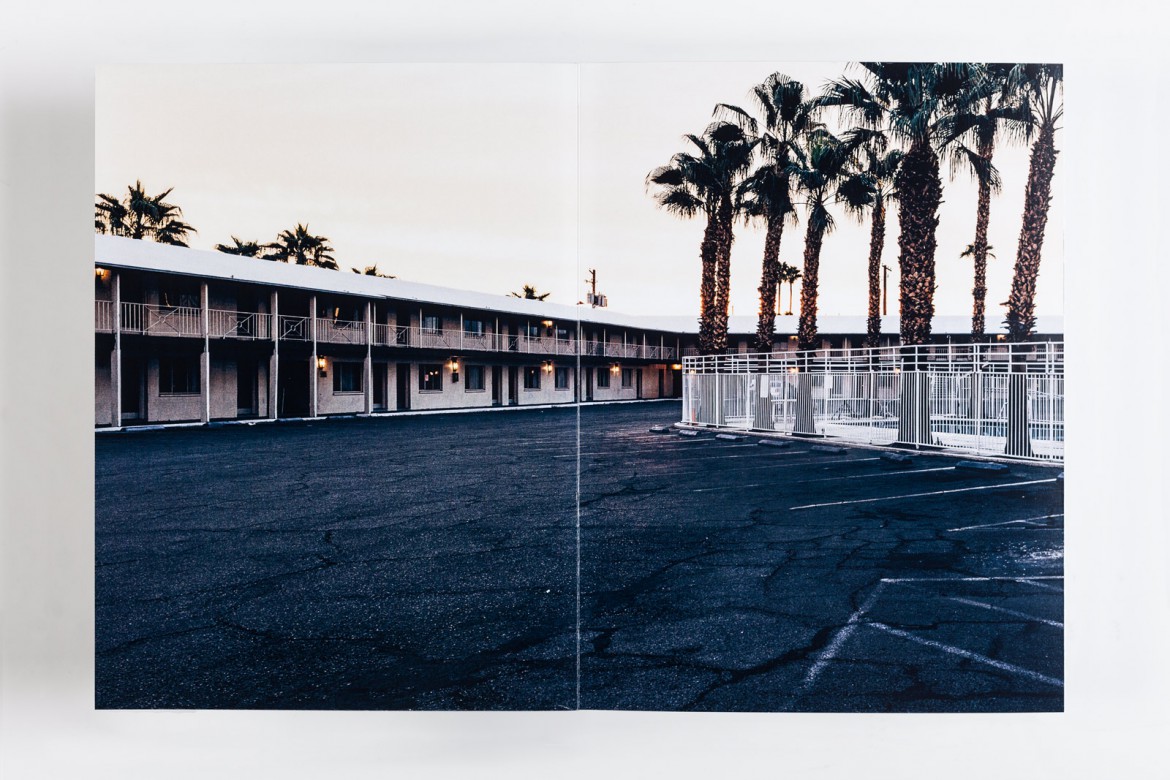 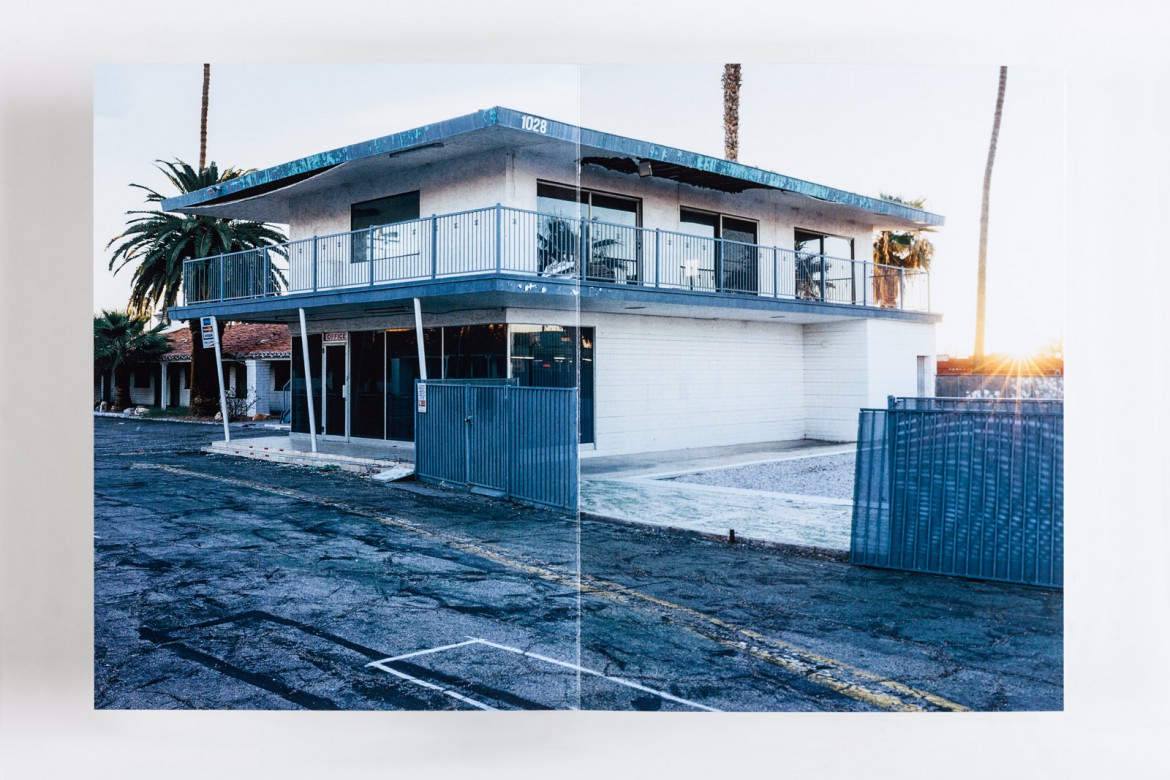 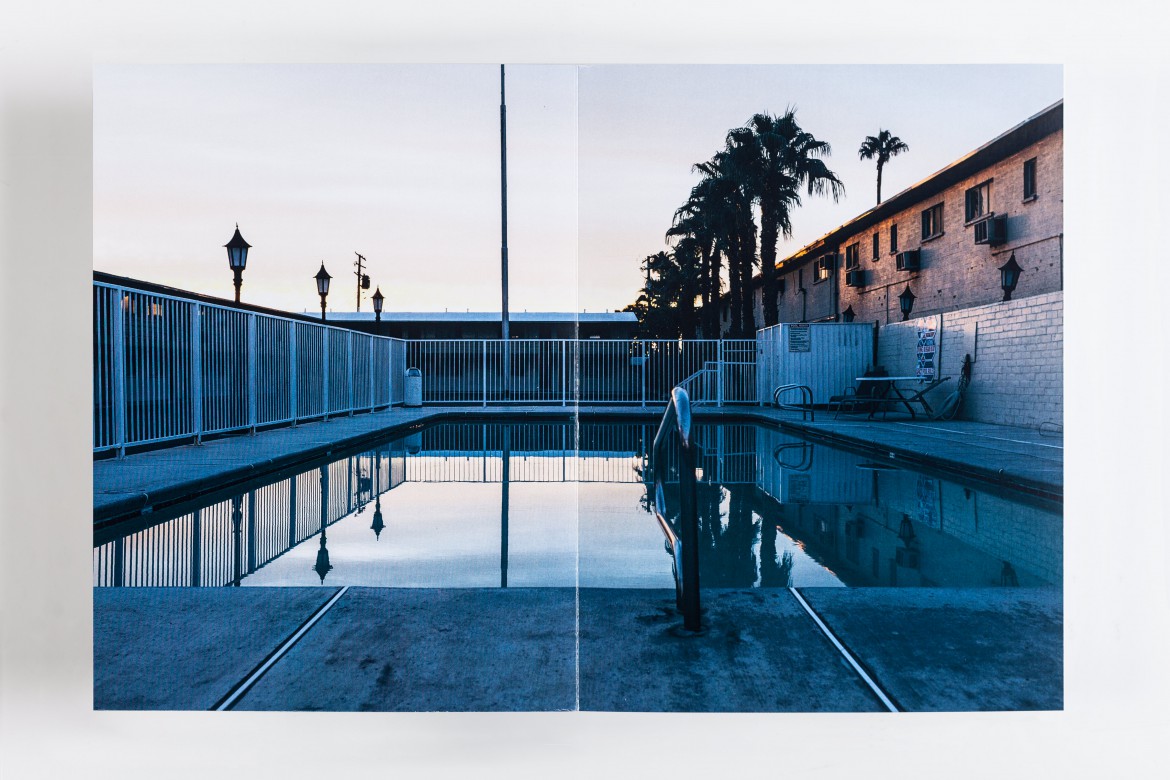 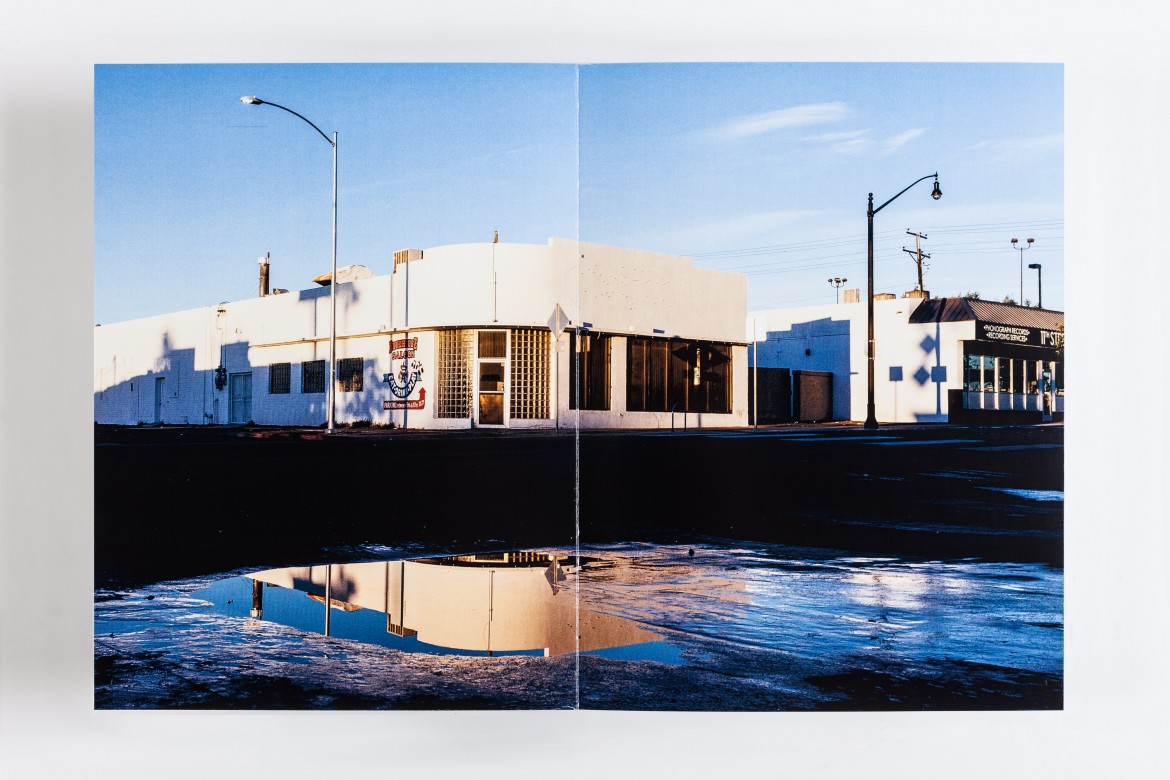 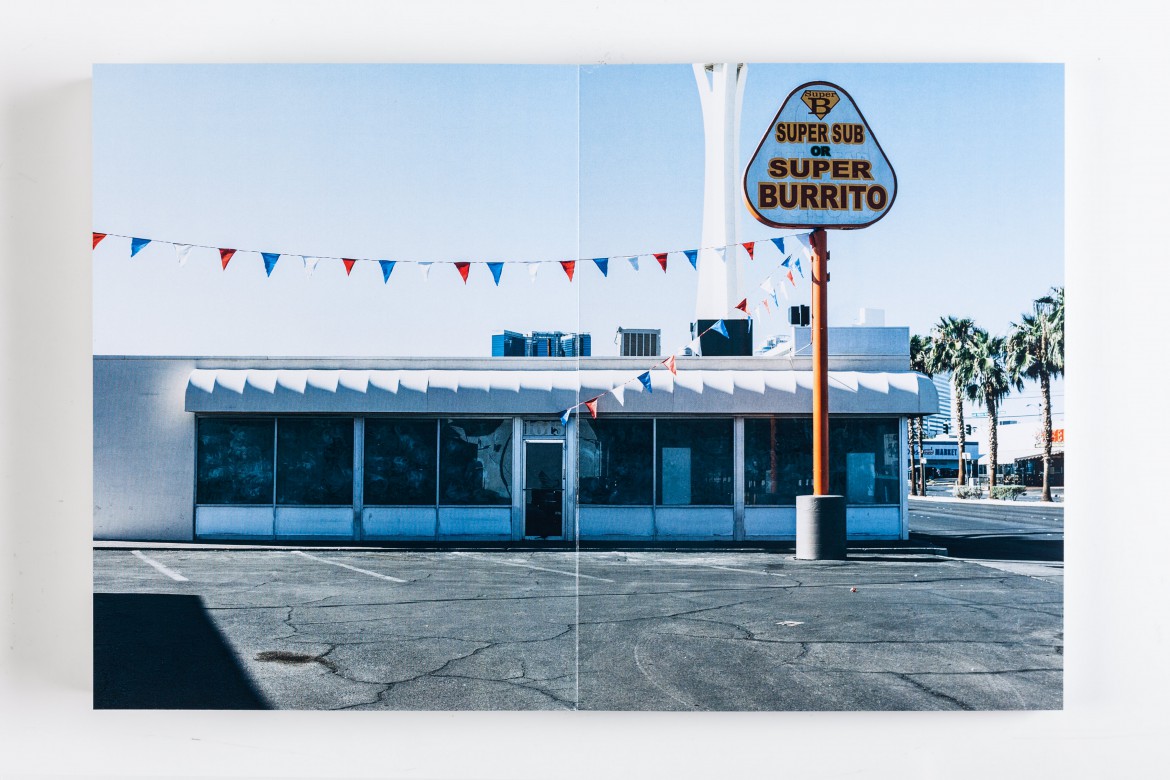 My first stop in Las Vegas back in April 2010 was rather a means to an end. Las Vegas was on our route, we were driving from Denver to Los Angeles and we had to stop at least somewhere to get a good night’s sleep. Back in the day, we had to cancel bigger parts of our trip due to a volcanic eruption and a resulting ash cloud over Iceland. That meant arriving several days later and we had to skip Utah to not lose our reservation in Vegas due to cancellation. We made a great deal on any given left-off hotel-room website and found ourselves in the Trump Tower right next to the Strip and thought we had to make the most out of the so-called pleasure mile, at least as long as we had been there.

Coming from the Interstate the complete splendor of the hotel unfolded. We watched the golden 64-story tower that glittered in the sunlight from afar, and the anticipation was pleasant, especially as we gave a ten-dollar-note to the valet boy to park our car in some car park nearby. The Trump Tower turned out to be above expectations, because the resort has no casino and one can start things easy from here. Said and done. And so it happened that we entered the fray, but after about half a day I had enough: Of course all chlichés had been 100% true.

It might be impossible to describe this artificial and by-now 100-year-old surrounding and abandon all its clichés: East coast residents as white as a sheet, who came out to thedesert for a fun holiday, all sunburnt in clamdiggers and white tennis sneakers, still or already drunk, struggling over the Strip over lunchtime, almost waiting for Happy Hour; buy one, get one. And to pass the time they shoved themselves from casino to casino and sometimes in a mall or any given replica of Paris or Venice to get away from vacation and to tell everybody at home, that they really got somewhere, selfies with bare-naked showgirls included. Sometimes and mostly due to jetlag we spent our mornings in the casinos to watch all the mid-forty wifes back against the one-armed bandits, winning coins and losing them at the same time; so far so good. The evenings didn’t give us a different picture, however the sneakers were changed to loafers.

Watery drinks for free, fresh and still warm double saw-bucks and the will to be part of it all, to unwind… I tried it and I didn’t like it. I felt misplaced, even with flashing, blinkinglights, kitsch and all the overload one can find fascinating before you can even think about it. One day we made a daycation to the cities northern “arts district” and unfolded another perspective. I knew about Downtown, knew Freemont Street, but what I didn’t know was that they had so much vacancy and served as almost the complete opposite of the South Las Vegas Blvd, the so called Strip, this street of great national importance (as distinguished by the National Scenic Byway Program back in 2000). That people actually live in close vicinity to the Strip and especially that no one could stop the appearance of decay. The worlds’ fastest-growing city has the past and the present packed on the space of a few kilometers. Hotels, motels, casinos and pawn shops show the essentially older old Vegas that is trying hard to be dolled up but caught and outdated over time.

A swamp of concrete and broken neon pipes revealed the wonderful tristesse of this place to us that fascinated me since then. After an initial vacation in 2010, I came back in2013 and 2015 to catch more glances of what really impressed me: In all the broken sites nearer and further of the strip and their entertainment machinery I found the impermanence of what this artificially created Las Vegas showed me.

In some cases, I even went back to the hotels I already visited to see whether or not anything had changed. No matter if early morning, at broiling noon or in the late hours. And when 100,000 tourists play on more than 130,000 slot machines in the glittery haven of Las Vegas, there seems to be a significant part of it stuck in time. Somewhere located between back alley and trailer park. The part that was overtaken and left behind by the interests of those who make a profit. So the Vegas strip always develops, will always be renewed and rebuilt, everything is temporary.

But some crossroads further the condition seems permanent. Some of those subjects are reproduced on the following pages and invite to an imaginary day trip: Welcome to Lost Vegas.